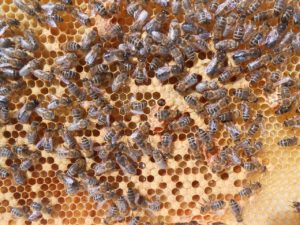 I just read the most-recent TRENDS workforce report from DEED.  Great news for workers, sort of.  It shows the Twin Cities’ annual unemployment rate at 3.3% in 2015, the lowest our region has seen since 2000.  The report: https://mn.gov/deed/assets/Metro_tcm1045-249846.pdf

In our booming metro economy, over 1.1 million workers are between the ages of 25 and 54, accounting for 67 percent of the total regional workforce. Historically, this group is often considered to be in its “prime working years” since more than 88 percent of them participate in the labor force. I appreciate their contributions, but I’m interested in how those older than 54 participate.

Workers ages 55 to 64 expanded by 23.9 percent, to 73% of those in this cohort, over the past five years. Even older workers, those 65-74, increased their participation by 27.5 percent to 28% of this age group.  And, the most experienced workers, those 75 and over grew their involvement by 7 percent, to 6%. No other age cohort expanded by more than 2 percent during that period. Both anecdotally and statistically, we’re increasingly seeing the motivation and capability of continuing to do productive, paid work beyond “traditional retirement age”.  http://www.huffingtonpost.com/buck-wargo/baby-boomers-cant-quit-st_b_7621540.html

Where Do We Need Workers

Right now, specific industries such as public administration, educational services, transportation, manufacturing,  real estate and agriculture, workers age 55+ comprise between 25-30% of the workforce. Employers can’t afford to watch all these people leave their jobs when they turn 60 or 65.  What to do?  When I see these stats, I want to work with the industries most impacted as well as with workers wanting to learn or be trained to do something different while continuing to earn an income.

Shortage Could Fix Itself

Moving forward ten years, metro labor force projections fpr 2015-2025 reflect negative growth for ages 16-54, with the exception of single digit growth for employees now aged 20-24. Simply put, until the bulk of Gen Z (those born 1995-2015, now aged 1-21) is engaged in the workforce in a substantial way, there are going to be fewer “prime working age” employees.  Time to change the definition!

Fifty-plus workers–there’s time for you to have another satisfying career. Savvy employers are aware of these numbers. They’re assessing their workforce, linking strategic plans to the potential of identifying, recruiting, training and retaining enough workers to fulfill their company goals.