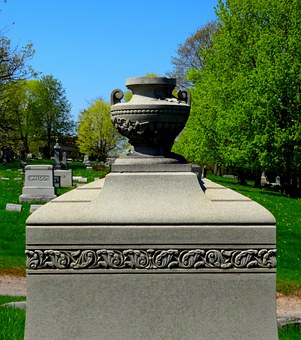 It’s long but very thorough. This paragraph caught me: After controlling for confounding factors such as demographics and poor health, the researchers made a startling find: People who worked at least a year past retirement age had an 11 percent lower risk of dying during the study period. If staying employed can keep older workers healthy longer, it may give them even more working years—a positive feedback loop.

I’d say it’s a positive feedback loop. As I continue to explore the field of workforce development, focusing on the mature worker, I’m struck by self-fulfilling stereotypes we have re our capabilities and our age. While employers may practice ageism when making hiring decisions, many workers remove themselves from the candidate pool with “No one will hire me . . I’m too old . . . my skills are rusty and I can’t learn anymore  . . . I need some flexibility”. None of this self-talk is true.

Going back to the article:

“We’re going to see something we’ve never seen before—people in their 60s, 70s and 80s functioning at an exceptionally high level who want to continue working and remain connected,” says S. Jay Olshansky, a professor of public health and co-author of the study. “Before, that number was small, but now it’s going to be large.”

“There’s a tendency to push [older people] out of the labor force,” Olshansky says. “But these folks are reservoirs of valuable information that we’re not tapping in to.”

“In fact, companies may be losing productivity by passing over or letting go of veteran workers, says the Urban Institute’s Richard Johnson, in Washington, D.C.  “Thirty years ago, younger workers were twice as likely to have a college degree as people in their late 50s, which increased productivity as more educated people entered the work force. But now the opposite is the case.” Thanks to soaring tuition costs and student debt, among other factors, college graduation rates are dropping. “People in their late 50s are more likely to have a college degree,” Johnson says, “and the educational attainment of the work force is falling as they retire.”

“We need to stop thinking about chronological age as a meaningful marker,” says Laura Carstensen, the director of Stanford University’s Center on Longevity. “We’ve been given 30 extra years with no strings attached,” she says, referring to the near doubling of life expectancy, with no additional years of disability, over the past century. “We have to think about creating new cultures, and changing social norms and institutions to build a society that supports long life.”

“Our dependence on older workers will only increase as the economy grows. By 2025, according to a study by political economists at Northeastern University, in Boston, there will be more than 15 million new U.S. jobs but only about 9 million people of “working age” (18 to 64, as defined by the Census Bureau) to fill those positions. To avoid vacancies, businesses will be forced to find ways to keep workers on past retirement age. “Inevitably, employers will need to get with the program once they realize they have no choice,” Johnson says”.

“Studies consistently show that social connections, mental stimulation, and a sense of value are important to maintaining good health and psychological wellbeing. Working longer may even delay death, according to a recent analysis of two decades of retirement data by researchers at Oregon State University. After controlling for confounding factors such as demographics and poor health, the researchers made a startling find: People who worked at least a year past retirement age had an 11 percent lower risk of dying during the study period. If staying employed can keep older workers healthy longer, it may give them even more working years—a positive feedback loop”.

A change is happening.