Working through retirement, as featured by Richard Heisenberg, NextAvenue Money & Work Editor, in his article, “A Sneak Peek Into the Future of Work and Retirement“; I liked these points very much:

Not everyone can work in Retirement 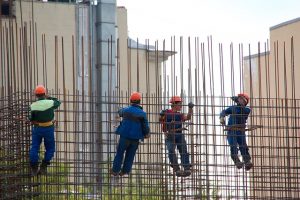 Health challenges (physical and cognitive) prevent some from working.

Physical health issues are especially problematic for older low-income Americans. Richard Johnson, a labor economist and senior fellow at the Urban Institute, forecasted at Age Boom Academy 2016 that, as a result, “we will see increasing inequality of people in older ages.” Johnson added that this concern highlights “a need to build up a stronger safety net for lower-income people and people with health problems.”

Burnout is one reason some older Americans don’t keep working into retirement. If employers addressed that — by making jobs less stressful, more meaningful and more autonomous for people in their 50s and 60s — more of those people might stay employed.

And if that happened, employers might not be pummeled by the nation’s coming labor shortage. Over the next 10 years, 75 percent of the U.S. population growth will be people aged 62 to 69, said Johnson. But “under that age, the population will not be growing at all,” he added.

Unfortunately, the Age Boom experts concluded, since the demographic labor turn won’t arrive in full force until the next decade, we’ll likely need to wait until then before many employers conjure up ways to keep and court older workers.

Then, said Urban Institute economist Eugene Steurele, employers will want older workers. When there’s a labor shortage, Staudinger noted, “employers become creative and inventive in what they have to offer.”

What Employers Are and Aren’t Doing 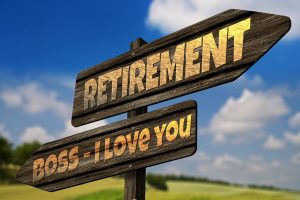 A few progressive employers, however, are doing this already, such as the winners of the 2015 Age Smart Employers Awards.

But since they’re in the minority currently, hordes of burned-out older workers elsewhere are in the process of switching careers for psychic, if not financial, rewards. They’re frequently launching encore careers (often at nonprofits) that provide what Encore.org founder and CEO and Age Boom Academy speaker Marc Freedman calls “purpose and a paycheck.”

Bemoaning employers’ reluctance to help guide their workers into unretirement, Freedman said: “It’s really striking how little investment in human capital or dollars there has been in creating better pathways for these people.” Instead, he noted, they tend to lead — or sometimes push — older workers out the door with “graceful exits.”

Nicole Maestra, an associate professor of health care policy at Harvard Medical School, told the Age Boom students that “the phenomenon of steeply mounting burnout is pronounced in people pursuing unretirement transitions — they couldn’t do it any more at their jobs, so they stopped and then started doing something else.”

The author suggests that looking at work as part of life for all generations is increasingly necessary.

Work, Retirement and The Big Picture

“We have to create a broader agenda by creating jobs we want to have, lives we want to live and housing where we want to live in communities we want to create,” Ruth Finkelstein, associate director of The Robert N. Butler Columbia Aging Center and a professor of Health Policy and Management at Columbia’s Mailman School of Public Health, told the Age Boomers. “There isn’t a they there, only a we. This is not a one-generation issue, but a quintessentially inter-generational issue.”